The Financial Services Council has released its new standard for Life Insurance Approved Product Lists and will require all members who offer Financial Advice to offer a minimum of three life insurance providers.

Golf Australia and Jardine Lloyd Thompson Australia have signed a three-year partnership, with JLT being named the official risk partner of Golf Australia as well as the ISPS Handa Australian Women’s Open.

Swann Insurance is set to offer refunds to 67,960 customers amounting to AUD39 million for add-on insurance products bought via car and motorbike dealerships that were of low or no value.

BT Financial Group has become the first Life Insurer to adopt the use of electronic medical certificates as part of a drive to simplify the claims process.

AIG has made enquiries as to the availability of CBA’s General Insurance business, which is not officially up for auction.

The Financial Services Council has announced that it is looking into the possibility of a Life Insurance Claims database across the industry.

QBE has settled a class action worth AUD132.5 million.

CBA is reportedly considering a sale of its majority stake in its Indonesian Insurance joint venture, valued at USD250 million.

Willis Re has announced it has updated its Cyber Risk portfolio modelling tool PRISM-ReTM to account for “Silent Cyber” (embedded cyber coverage in non-specific cyber policies).

Nigel Thomas, CEO of Austbroker Networks at AUB Group, has announced that the company will continue to pursue acquisitions in 2018.

TAL has appointed a Specialist Advisory Board, adding to services and expertise of the life insurer’s existing in-house medical and health services team. 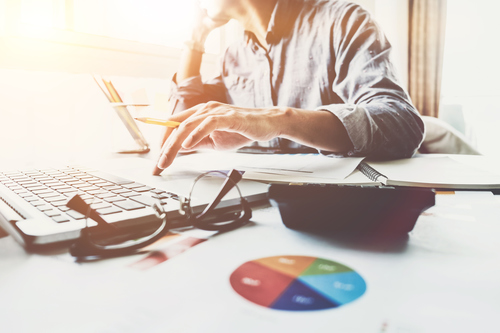 Christopher John Cannon and Danny Charles Pianta have agreed to enforceable undertakings (EU’s) after ASIC found they had provided inappropriate advice about switching life insurance products.  The pair of advisers are both Authorised Representatives of Austplan.

David Mario Alafaci, a former Authorised Representative of Centra Wealth and Interpac Financial Planning, has been permanently banned by ASIC after he instructed clients to pay him fees directly rather than through his licensee.

Avoka, the Sydney based FinTech, has raised AUD16 million in funds whilst hinting at an ASX listing within 2 years after bringing on venture capitalist Roger Allen.

DomaCom has announced it has entered into an agreement to integrate its property sub-funds into IRESS to better align with the adviser business processes.

The Perennial Value Microcap Opportunities Trust has been added to the Macquarie Wrap platform as well as to the BT platforms, BT Panorama, BT Wrap and Asgard.

Heitman LLC has announced it has redeemed OM Asset Management’s interest in the company for AUD110 million, meaning it is now owned by its senior executive.

Trustee Partners has approved the inclusion of the DomaCom Fund as an investment option for its Retail Super business.